Trump admin. forced to choose between hate of jihadists and love of hate 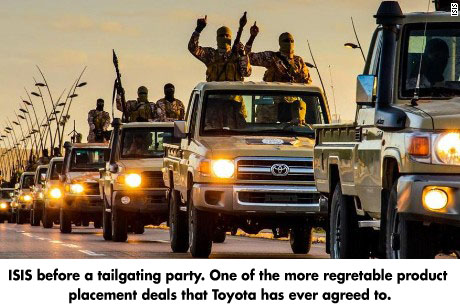 In 2016, a team led by UNC-Chapel Hill researchers (i.e., nerds) won a nearly $900,000 grant to develop information campaigns to counter jihadist and white supremacist recruiting, which is great news as everybody hates jihadists (coming to CBS this fall), but bad news under the new Trump administration because white supremacist recruiting is kinda the Trump administration’s entire campaign strategy.
The award was announced during the last week of the Obama administration, and it has since been entirely ignored by the Trump administration (perhaps they should have made the announcement in Russian?).
The money, which would have been spent hiring students to develop videos undermining ISIS recruiting on social media (think videos of ISIS fighters getting blown up, followed by a clip of keyboard-cat) was supposed to arrive in early spring, but it has yet to arrive.
A spokesman for Homeland Security said that it is unclear if the money will ever be released, and did not say why the new administration has failed to release it. Maybe Homeland Security’s tax records are under audit?
Read more here.