Death by Chocolate, a Delicious Dessert and an Existential Crisis in One 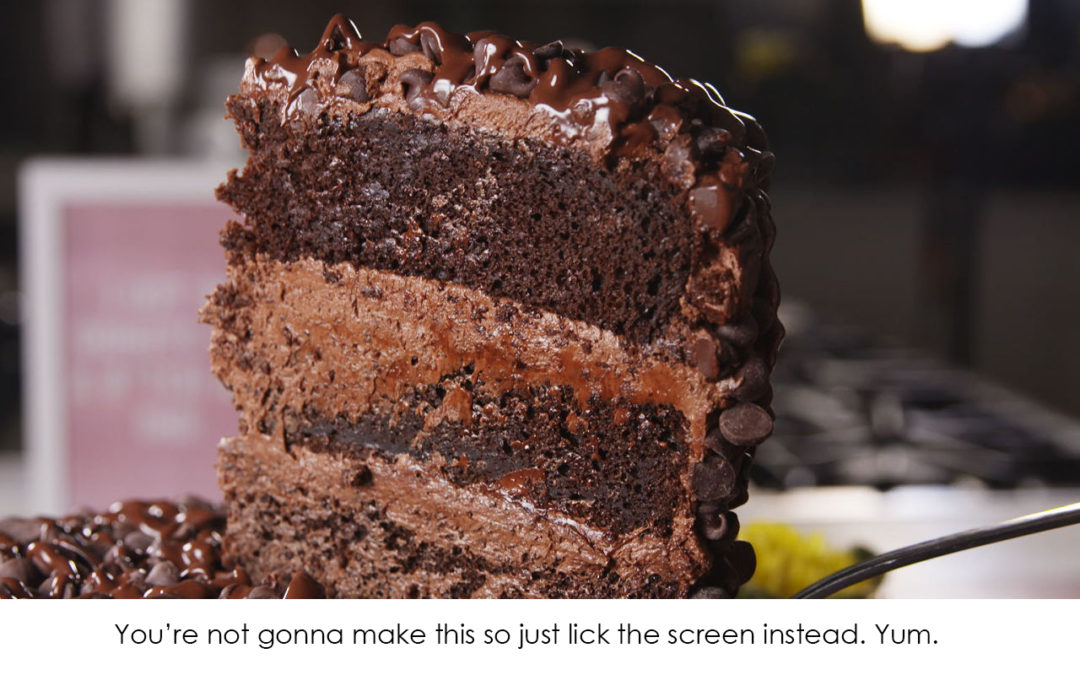 Nine out of 10 doctors agree: food is the most edible thing you can eat (the 10th doctor choked on the questionnaire.) But is it possible for food to be so delicious that it is deadly?*

For this dish, you’ll need to get a pair of Twix candy bars, some chocolate sauce, crumbled chocolate cookie bits, and a cyanide capsule (just in case the cake doesn’t do its job). 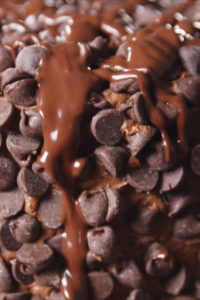 Even the resulting excrement looks delicious.

Disclaimer: The name “Death by Chocolate,” was trademarked by the company Bennigan’s in late 2008, before the company ironically suffered from “death by bankruptcy” that same year. However, the name “cyanide capsule” is still up for grabs.

Ingredients for the chocolate cake:

For the chocolate frosting:

1 cup hot fudge sauce sauce (keep extra for weird sex stuff later)
4 ounces semi–sweet or dark chocolate, shaved (do not use shaving cream)
1 and 1/2 cups of mini-chocolate chips (you already ate them all, didn’t you?)

Instructions for Making Death by Chocolate
(The Healthiest Way to Die)

1. You scroll down the page, and to your horror discover that this part is written in second person. “Fuck”… you say to yourself.

This boat probably seems really weird out of context …

2. Undeterred by your hatred of the second person style of writing, you preheat your oven to 350°(F). The oven was a gift from your ex–boyfriend, Derek. At least that’s what you told the police. Why should only divorcees get half of their exes stuff? You then cut out three 9-inch round segments of parchment paper to line your ex-boyfriend Steve’s cake pans with. Spray each pan generously – sides and bottom – with nonstick cooking spray that used to belong to Steve’s new girlfriend, Jenny, then place the parchment paper cut out in the bottom of the pans and spray again. It’s important to make sure every bit of pan and paper are sprayed so your cakes don’t get stuck, like you are stuck in your dead end relationship with Scott, until you can figure out how to get the keys to his new boat. You set the pans aside.

3. In the bowl of a stand mixer fitted with the paddle attachment, you combine both sugars, flour, cocoa powder, baking soda, baking powder, and salt (this is where a semi-colon would go), you mix on low until dry ingredients are thoroughly combined. You use your hands to break up any large clumps, like you broke up your parents’ marriage three years ago just to see if you could. In a separate bowl, you combine the eggs, egg yolks, milk, sour cream, oil and vanilla extract (gotta find that semi-colon key), then you mix until completely combined. After this, you pour the mixture into the dry ingredients and beat them like they owe you money, using the low setting, so like they owe you just a little bit of money (about tree fiddy). Once incorporated, you pour in hot water and continue mixing until completely combined; (found it!; and now; to; misuse; it;) about 1 minute. You then quickly toss in mini chocolate chips, or raisins, depending on how much hatred you have in your heart.

4. You divide batter evenly among prepared pans. “You are both my favorite pans,” you lie, knowingly. You bake in preheated oven for 28 to 30 minutes, or until a wooden toothpick or cake tester inserted in the center of a cake comes out (these items should not be eaten, unless you’re desperate for cash and someone dares you to). You then cool the cakes for 10 minutes in the pan before removing from pans and transferring them to a cooling rack. If cakes are still not cool, try letting the cake smoke cigarettes, wear sunglasses and ride a skate-board. Once the cake is cool enough, it is time to chocolate frost that bitch (do not search the term “chocolate frost that bitch” on UrbanDictionary.com. It gets pretty racist).

5. You get drunk then leave a 30-minute angry message on Derek’s voicemail, before remembering that you took his phone too.

6. In a stand mixer fitted with the paddle attachment, or in a large bowl using a handheld electric beater (“Beat her? I hardly know her!” Ha!), you cream the softened butter on medium-speed until completely smooth; this should take you about 3 minutes, 45 minutes if you have to run out to the store to purchase a stand mixer … You turn the mixer off and sift the powdered sugar and cocoa into the mixing bowl. You then turn the mixer on the lowest speed (“light masturbation speed”) and mix until the sugar/cocoa have been absorbed by the butter; about 2 minutes. You increase mixer speed to medium; add in vanilla extract, salt, heavy cream and hot fudge; then you beat it for 3 minutes (not too much or you’ll go blind). If your frosting appears a little too thin, you will add a little more confectioners’ sugar; If your frosting needs to be thinner, you’ll add additional heavy cream, 1 tablespoon at a time. If your frosting is just right, you’ll probably give up on baking the cake, and instead just eat frosting with your bare hands while watching something on Netflix. You monster.

7.  Assemble (just imagine each layer is one of the Avengers, and you’re Nick Fury!! The black Nick Fury!!).

8. Using the serrated knife that used to belong to your college boyfriend, Dylan (the one who tried to kill you for stealing his stuff), you carefully trim the raised top of each cake making each one an even, level surface. You then transfer 1 layer to a large plate or cake stand. You spread a thin layer of frosting on top, then add a 1/2 cup of hot fudge sauce (semi-colon key is missing again. Did it fucking move!?) top with another cake layer, and repeat. You thinly spread it with a layer of frosting, then adding a 1/2 cup of hot fudge sauce (ooh fucking perfect! The period key is missing too! Oh, wait! There it is). Top with the final cake layer and place cake in the fridge to set for 1 hour (this is as good a time for a B.M. as any). Once set, you finish frosting the top and sides of the cake. You then sprinkle the sides and top with chocolate shavings, to make the cake appeal to your gayer friends, then gently press the mini chocolate chips around the sides and on the top. You slice and serve to those you love. If it lives up to its name, your new boyfriend’s boat will be your property in no-time.